Mind in the Making: 10 Years of Keeping the Fire Burning in Children’s Eyes 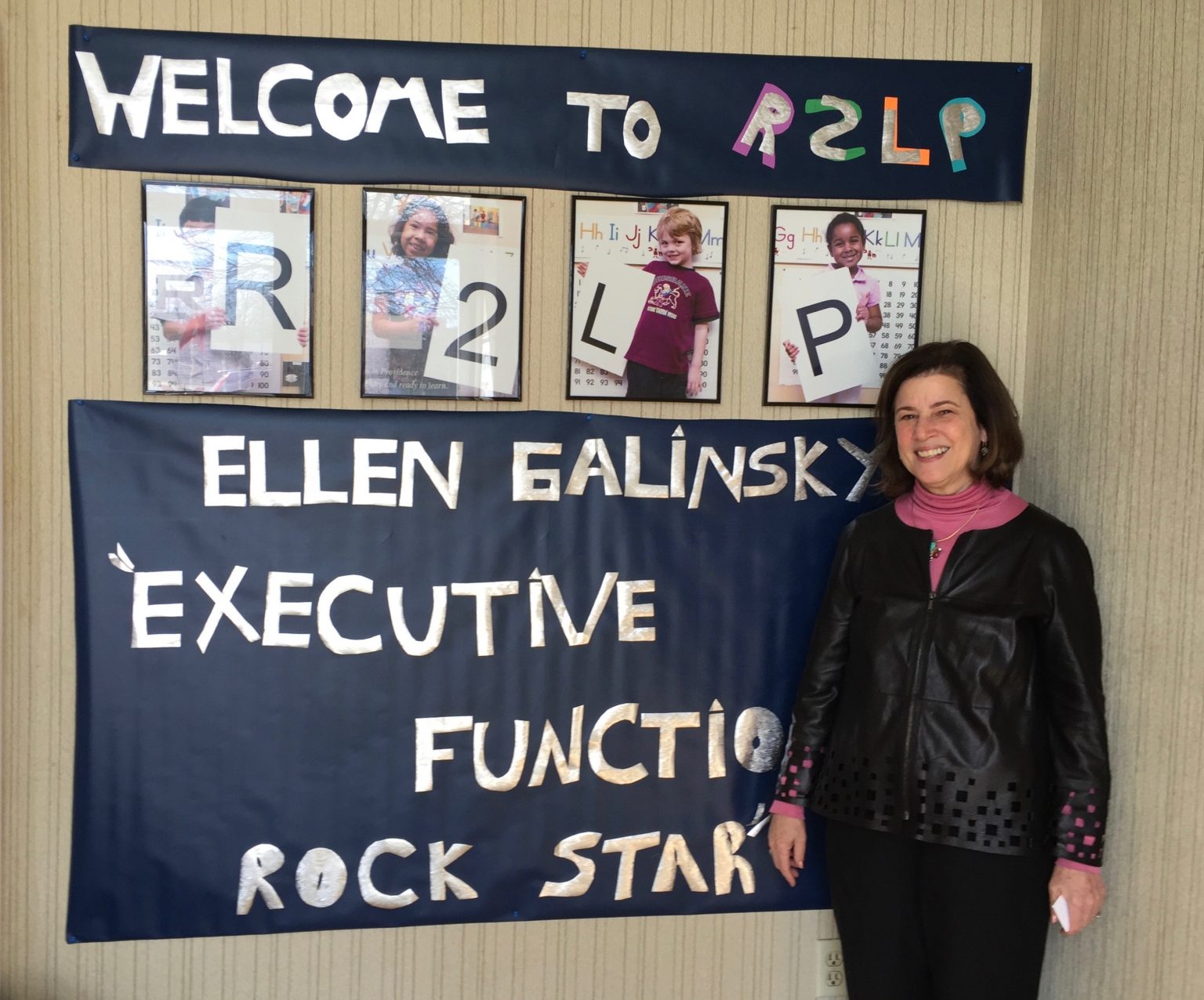 Not all adventurers wear rugged clothes and pith helmets; some carry laptops, notebooks and pens. But all are driven by the same impulse: They have a question and they won’t rest until they have an answer that satisfies them. “What’s over that mountain?” “Where does this river go?”

In the case for Ellen Galinsky, author of more than 100 books and reports and a self-described “research adventurer,” the driving question in 2000 was, “How do we keep the fire burning in children’s eyes?”

Some people like their adventure exploring uncharted territory, Galinsky says, but for her, research into critical societal questions is the call of the wild. Twenty years ago, she was doing field research in preparation for a study on youth and learning when she discovered that while kids from the sixth through 12th grade could talk at length about “not learning,” few could talk with much passion or insight about times when they were learning.

“I interviewed incredible groups of children representing all kinds of diversity,” Galinsky says. “Children from low-income, high-income and middle-income families, from public and private schools, charter schools, living in inner cities, suburbs, rural areas. Across the board, few of them had a real excitement about learning. There weren’t really engaged in learning.”

Knowing that babies are born learning—wanting to see, to taste, to touch, to explore their worlds—Galinsky was haunted by the question, “What happened to that fire?”

For 10 years, she and her colleagues, including award-winning filmmakers from New Screen Concepts, pursued that inquiry by interviewing and filming leading child development researchers. After a few years, she began to see common threads not only in what sapped children’s engagement in learning, but also in the elements that fostered it. These findings were called by different names in different fields, but Galinsky’s training as a researcher and passion for conducting studies led her to recognize unmistakable patterns.

Out of her analysis of the work of nearly 100 researchers, she saw the importance of the “how of learning”—how a certain set of brain functions help people thrive and learn. The even better news she observed is that these brain functions (called executive functions) involve skills that can be developed and nurtured.

In 2010, this inquiry became a pioneering book—"Mind in the Making: The Seven Essential Life Skills Every Child Needs”—that has become a staple for teachers, parents, pediatricians and anyone with a personal interest in early childhood. As Drs. Spock and T. Berry Brazelton were to previous generations, Galinsky’s “Mind in the Making” is a seminal resource for those wanting to see children do well in the world.

The engine of “Mind in the Making’s” success is not only its rock-solid research, but its conversational, relatable language, filled with storytelling, individual examples and questions designed to provoke thought and discussion. Galinsky’s foundation as a teacher and educator (25 years on the faculty of the prestigious Bank Street College of Education before co-founding Families and Work Institute) shows in her personable, playful approach to the information, written in a way that doesn’t guilt-trip families and professionals but leads them into a thoughtful consideration of the ideas she’s presenting.

While Galinsky might have paused to take a deep, relieved breath once she had finished writing the book, she knew this was the starting point, not the finish line.

“Even after the decade of research, it takes nine months to birth a book,” she says. “After I got through the nitty gritty part of writing and with my colleagues, checking, double-checking and triple-checking the footnotes and quotes, I sent the manuscript out to 20 to 30 people I really admired. I was terrified, totally terrified, because I had taken their research and woven it into a larger theory and I worried that they might not like it. But I also wanted to figure out with them and others how we could turn this theory and the research behind it into action.”

To her great relief, the responses were “incredibly positive.” From that starting point, “Mind in the Making” became as much a movement as a book.

Take a Deep Dive into MITM!

“As soon as the book was published, my colleagues and I were doing 100 things with ‘Mind in the Making,’” she says. “At Families and Work Institute (the non-profit she co-founded in 1989), we raised funds from 23 foundations to create materials—a series of videos called Experiments in Children’s Learning, Book Tips in partnership with First Book and Skill Building Opportunities—tip sheets on turning discipline issues into opportunities to promote life skills. With funds from the Kellogg Foundation and others, we developed learning modules for community leaders and then with additional funding, adapted them for museum and library educators and for healthcare professionals. We also gave small grants to people in communities all over the country who were already using Mind in the Making for projects to expand their impact.”

In 2016, Mind in the Making became a program of the Bezos Family Foundation to share the science of children’s learning even further through in-depth training and action-oriented materials. At the Foundation, where Galinsky serves as Chief Science Officer, the Mind in the Making team—including Erin Ramsey, Jennie Portnof, Marline Griffith and Brandon Almy—continues to create new materials. Importantly, they are creating online Modules with Cultivate Learning at the University of Washington.

Galinsky says the dog-eared, scribbled on copies of her book, filled with Post-Its and marginalia make her happy. “It feels as if the reader and I have had a conversation. She continues, “When you write a book, it’s a very solitary activity. It doesn’t take a quarantine to quarantine anyone who’s writing a book. So, seeing the way people are actually using the book is gratifying. And the fact that we’ve reached the 10th anniversary is simply incredible to me.”

Significant Impact: Getting the Science off the Shelf and Into the Hands of Users

One of the first big impacts of the book was that the National Association for the Education of Young Children obtained the rights to publish 25,000 copies of “Mind in the Making” for teachers. A second big impact was a partnership with the Institute for Educational Leadership in implementing training and sharing materials with community schools in six different parts of the country.

“Teachers and principals don’t necessarily learn child development information,” she says. “They learn a lot about pedagogy (the principles and methods of instruction), but they learn less about child development. And they want that—they want to know why children act and develop the way they do. So, we found this huge resonance for ‘Mind in the Making’ in schools.”

Another repercussion was a U.S. Department of Education’s Investing in Innovation grant to Ready to Learn Providence that expanded their community school work. Through this grant, Ready to Learn brought Mind in the Making, (which they describe as “a powerful learning experience for adults about how young children develop executive function skills”) to all 22 elementary schools in Providence, training close to 2000 mothers, fathers, grandparents and other family members, and more than 400 professionals.

“Mind in the Making was a transformative experience for so many members of the Providence school community,” says Leslie Gell, Director of Ready to Learn Providence. “Over our four-year project, external evaluators found that families reported significantly less authoritarian views toward parenting, which research shows leads to higher executive function skills in children. They also found that parents reported more positive views about the importance of their involvement in the schools, expressed more confidence in their ability to help and support their children in school, and reported growth in the social, emotional and cognitive development of their children.”

In 2019, the Mount Sinai Parenting Center in NYC, in collaboration with the Mind in the Making team, released Keystones of Development Curriculum, a curriculum they had worked on together for a number of years. This online curriculum for pediatric residents shows how to promote brain development and strengthen parent-child relationships within routine well-child visits. Dr. Carrie Quinn, Executive Director of the Mount Sinai Parenting Center, just announced that 101 programs, 2800 residents, 641 faculty members and 298 champions are now enrolled—reaching almost half of all of the pediatric residency programs in the United States!

The Mind in the Making and Vroom teams at the Bezos Family Foundation are especially proud of their collaboration with the National Head Start Start Association. “We have a dream of creating a Mind in the Making Nation,” says Yasmina Vinci, executive director of the National Head Start Association. “In Head Start’s 55th year of getting children ready for school and life, we will accelerate and scale the awareness and impact of strategies for promoting executive functioning among Head Start’s more than 270,000 staff members across 1,600 grantees in communities across the country.”

In looking at her own growth over her years of researching and writing “Mind in the Making,” Galinsky says delving into the research itself was full of surprises and questions leading to more questions. She was especially captivated by the fact that babies’ brains appear to be wired to help them to learn about the world in specific ways, and that this learning begins long before babies can be taught this kind of knowledge.

In “Mind in the Making,” Galinsky wrote, “babies’ capacities are truly amazing, but even more amazing is that we now know how to take advantage of these capacities to help babies and their older siblings develop the essential life skills to serve them throughout their lives.” And that’s what Galinsky and the Mind in the Making team are so proudly doing, day in and day out at the Bezos Family Foundation.

Even as Mind in the Making celebrates its 10th anniversary and continues to expand society’s knowledge base about young children’s behavior and development, more questions have introduced themselves to Galinsky’s inquiring mind.

“I’m continuing to pursue questions related to ‘Mind in the Making,’” she says. “But my big adventure now has been looking at adolescent development, including conducting several studies of adolescents and their parents. In addition, through the Bezos Family Foundation, I’ve gone out with filmmakers Lisa Rinehart and Jennifer Hamblett and filmed more than 35 leading researchers on adolescents’ development around the world.”

Galinsky is currently writing a book about adolescence and hopes to create all kinds of resources, including materials to help adolescents understand their own development. She says, “I feel that I am unlocking new knowledge of how to help adolescents and the adults in their lives thrive.“

A worthy pursuit for Ellen Galinsky, adventure researcher—and the adolescents, parents, educators and others whose lives will be altered by this handiwork.

Researcher and author Ellen Galinsky likens the aftereffects of publishing a book to the ripples created by tossing a rock in a still lake. The size of the rock determines how far the ripples will reach. In the case of her “Mind in the Making: The Seven Essential Life Skills Every Child Needs,” it was mighty big rock. 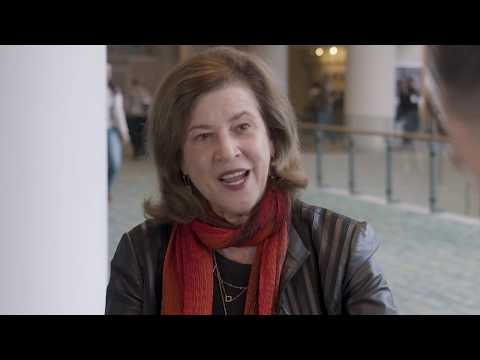 What The Experts Say About Mind in the Making